What causes depession? I find myself blaming the lodge. Why do you say this? Unfortunately there are a number of reasons. The oaths they swear are so negative it leaves the patient hating themselves. Before the hatred comes low self worth, low self esteem, depression itself, self hate which can lead to self harm. Please also read the section on SELF HARM. So the patient has agreed to be disembowelled. The effect of this negative programming is to cause self hate. The solution to this is to write down the words “I love me” 10x and keep on reading it both aloud and to yourself. Eventually the self hate will be deleted and replaced with self love. Depression effects doctors as well as many have agreed the lodge’s oath. I remember one doctor telling me how sad she thought life was and she was a psychiatric doctor. On another meeting with this doctor I explained how I thought depression was caused. She left me saying to herself “I love me”. So depression effects lots of people including doctors who occasionally say I am high. Compared to doctors who from my experience are low I would appear high to them as the doctors are normally not well. Other causes of depression are poor relationships, could be a poor marriage – Please read the section on MARRIAGE. The lodge seem to be fans of capitalism which is an angry system of competition for money whereby the population are attacking each other. This is a nasty system leading to all sorts of pressures and can lead to stress and pressure which many can’t cope with which leads to depression. So if you are feeling depressed start saying “I love me” and then you will be well and feeling great about yourself. Remember depression is all in the mind which some would say is a computer. It can be reprogrammed. Get to it “I love me”. 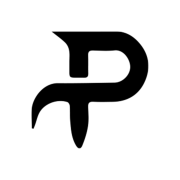 What is all the fuss about